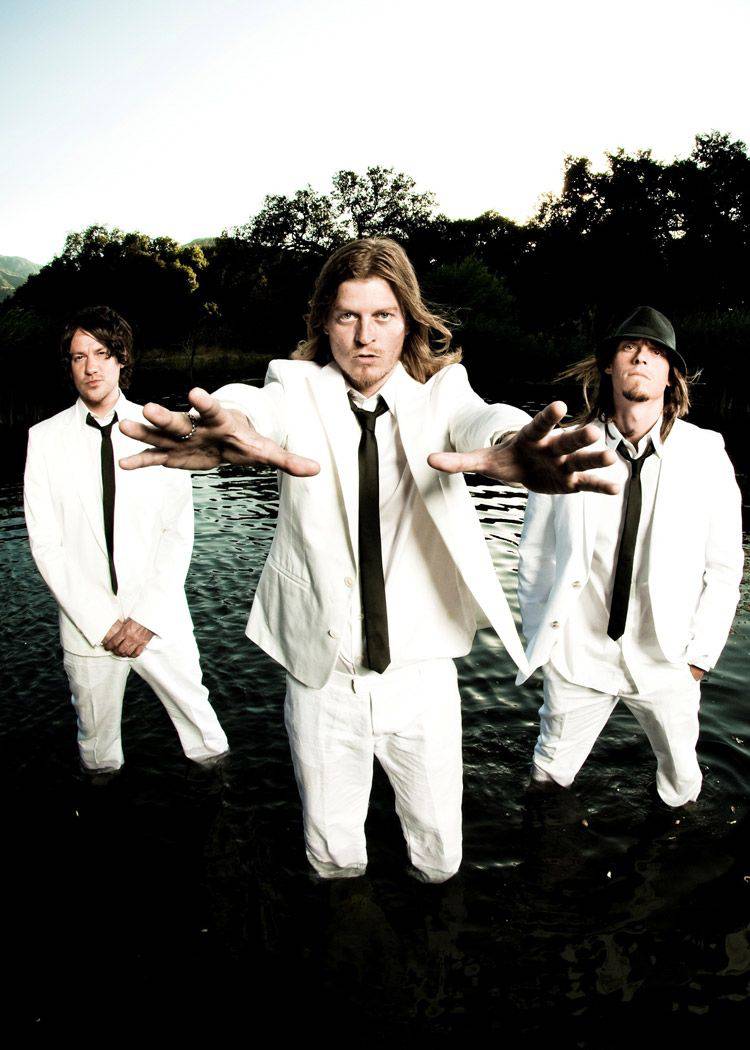 Time for Metal/holopain: Hello Puddle of Mudd. Your latest record „Re:(Disc)overed“ only consists of cover versions of famous rock songs. Who of you came up with the idea of recording a cover album?

Puddle of Mudd: It was a decision between me, Wes and our manager.

Time for Metal/holopain:What was the exact reason to do the album? Is it that during the past years, some songs where covered by you on a regular base during rehearsals for fun reasons and that those songs accumulated and finally found a way to be published? Or does the record represent some kind of „golden oldies“ that you simply like to listen to during touring?

Puddle of Mudd:We needed a break after the last record cycle to kinda clean house and get our business together behind the scenes. We were so focused on that, that we really didn’t do too much writing. We toyed around with the idea of recording some covers we’ve been doing forever like Steve Miller’s The Joker and AC/DC’s TNT. One thing led to another and we dreamed up the idea of doing a whole record and bringing in a bunch of musicians to help us achieve this goal.

Time for Metal/holopain: Don´t you think that some fans will totally reject the record due to the songs selection that basically points to the 70´s and 80´s, a time in which your main audience wasn´t even born or just about little babies?

Puddle of Mudd:Well, we tried very hard to replicate these songs as best we could. They are such classics that we didn’t want to take too many liberties with them. They are already perfect. We just wanted to pay tribute to them in a more modern sounding environment. Lot’s of bands try to totally change cover’s up, and sometimes it works and sometimes it doesn’t. It personally took me a lot of work to learn all the ends and outs of these.

Time for Metal/holopain:What do the single songs mean to you? Where is the bands‘ connection to the songs?

Puddle of Mudd:They were all songs that were inspiring to us in some way. Either we grew up with them in our household or they meant something lyrically to us. We also chose songs that would allow us to push the envelope and do things outside of our comfort zone. It was very inspiring as musicians to try new musical avenues that are so different from what we normally do. That is the beauty of a cover record. You can get away with going really far left field.

Time for Metal/holopain: I saw on Facebook that you only plan to tour the UK and the US. Are these the markets that your are most successfull in? Where would you personally like to tour and why?

Puddle of Mudd:That is plan as of now, but we hope to make it all over Europe again. It’s been too long. Really looking forward to new markets like South America and South Africa.

Time for Metal/holopain:You had major impact in the German alternative scene with songs like „Control“, „Blurry “ and especially „She Hates Me“, which hit Germany´s top 20. Does a band feel pressure to repeat a chart entry, especially pressure caused by record companies?

Puddle of Mudd:Well, our old record company quit putting our records out over there, so we obviously had no pressure in Germany. However, we are setting up for all of future records to come out over there now, so there will be a little pressure, but we just do what we do and hope for the best.

Time for Metal/holopain: How difficult is it for a rock band to be in music business? What are the main problems Puddle of Mudd faces?

Puddle of Mudd:Record labels, but thankfully those are dying dinosaurs.

Time for Metal/holopain: Finally you have the chance to send a message to your German fans.

Puddle of Mudd:Thanks for the continued support in our absence. It has been way too long, but I promise we will return sooner than later. See ya soon.