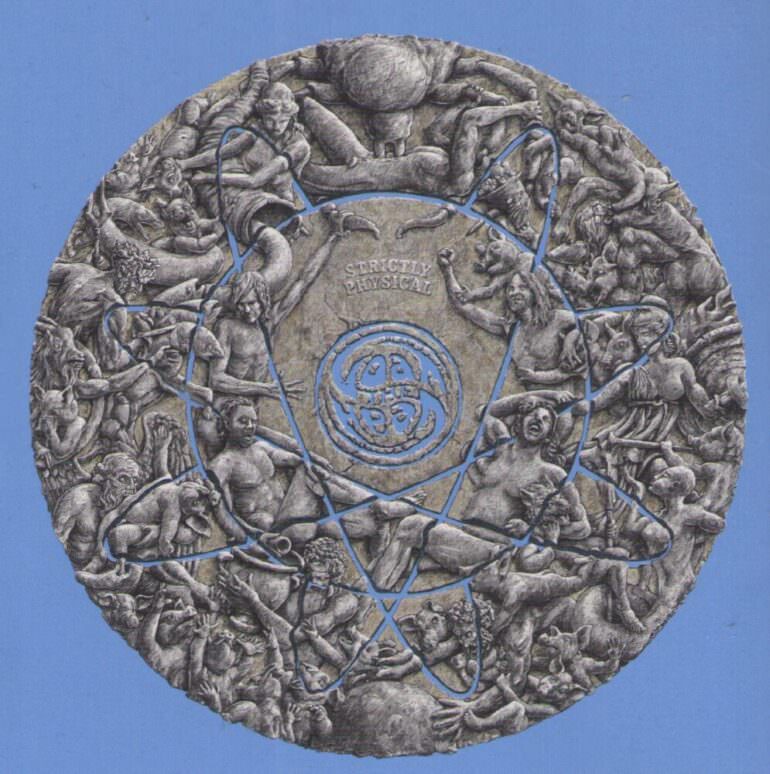 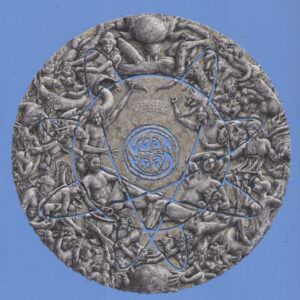 Time For Metal / Tobias K.:
Congrats to your new album – I like it! First of all, who of you is an aficionado of ixodes and why for heaven`s sake? Is that norwegian humor? The video for the opener is at least pretty amusing.

I suppose I need to take responsibility for the tick-themed approach of Call Of Ixodes. In pre-pandemic times, the ticks were a go-to topic for Norwegian newspapers when they felt like frightening the public with a coming, widespread disease. So it’s more like Norwegian terror rather than Norwegian humor. And that is what inspired the song.

Now however, the song has morphed into some kind of a nostalgic anthem. A yearning for the good old days when the plague was reserved for those of us who enjoyed frolicking through the forests in our Lemmy cutoffs, tumbling around in the tick-laden shrubbery.

It’s probably the catchiest song off Strictly Physical, so it was a natural choice for a video. But we didn’t have the means to make another Darwinian Minions this time around, so I just went ahead and made this animated lyric video. Which is ironic, since I kinda loathe lyric videos in extreme metal. No one could tell through all that incomprehensible growling that the lyrics were THAT awful! Not before you went ahead with that lyric video, man!!

I guess that means I think my own lyrics are really, really good. Charming, eh?

Time For Metal / Tobias K.:
For me the new album is like a leap in evolution if you compare Strictly Physical with the former music of Goat The Head. Do you agree and what are the reasons? Is it maybe because of the new drummer or because of the pause of about ten years when you evolved as musicians?

Goat The Head / Per:
Oh, Goat the Head is all about evolution. Both visually and sonically. So I cannot disagree. But evolution is not reassembly. There are numerous vestigial traits from our previous endeavors that are still intact. Our standards of spontaneity, honesty, our organic ideals of animality have always been there.

I see there are some misunderstandings going around regarding our drummer these days. He’s by no means new. Kenneth Kapstad joined Goat the Head in 2006 and has played on all our releases except on the very first EP. But I get it. People still see Brian Johnson as the new singer of AC/DC…

Time For Metal / Tobias K.:
What I mean with leap in evolution: Strictly Physical is in my opinion in comparison to the former recordings much more consistent, less hectic without any disturbing experiments or unfitting influences, and mainly the songs have more catchy melodies although it´s still heavy and brutal music. And it sounds pretty inventive. For me it´s first class metal. Could you tell us something about the influences of Strictly Physical?

Goat The Head / Per:
Olala! First class metal! Thanks! Yes, I understand your sentiments and I do mostly agree. We still live off the common muscle memory of extremity and obscurity from our youthful days, but lately these instincts have been veering off towards the milder domains of dad rock! Time takes its toll.

Time For Metal / Tobias K.:
Especially the Hammond organ is now a central brick of your music. Why is that and what`s the intended role or function of this instrument (which is quite unusual for a death-metal-band) for the new songs?

Goat The Head / Per:
Although I wouldn’t say it’s a central brick, it’s great fun for me that The Beast has become a part of the band dynamics, at least for the time being. The organ has kinda been “my” instrument ever since childhood and “Hammond organ in death metal” has been a very frequent internet search throughout my years.

Time For Metal / Tobias K.:
You started with a special image, stating that Goat The Head plays „Contemporary Primal Caveman Death Metal“, and you also dressed correspondingly to this image with skin and leather. Will you maintain this image?

Goat The Head / Per:
It was just one gigantic and devastating chain reaction ignited by an extremely low-brow guitar riff presented by Ketil back in 2004. Down the rabbit hole we went. Before we knew it we found ourselves in a London boxing ring, covered in blood, sweat and furs. Oderus Urungus of Gwar provided free hugs as Him’s Vile Valo compared our spectacle to watching Animal Planet with a chainsaw gaffa-taped to his head. The occasional reality check was in order ever so often back then.

Whether this implicates a future of fur, skin and leather is hard for me to predict (This goes for both the band and the world).

If it´s possible again, will you go on tour in Germany or to German festivals? Or do you have other plans with Goat The Head?

Goat The Head / Per:
There’s nothing I want more. Everyone is slowly growing insane. Here and everywhere. It is on the live stage this band is at its very best. And I think Germany is ready to experience the desperate physicality that is Goat the Head live. I wish for it to happen soon, but I don’t think it will, I’m afraid.

In the meantime we do have a solution for those of you curious for a taste of the band in a somewhat live situation: We will be streaming a live concert from the Norwegian periphery of Ler on the day after our album release. We will be invading Soergarden Studio, all eager and willing to perform a visceral live set, and you’re all welcome to enjoy this from the safety of your own home! Crack some cold ones, worship the old ones, and tune in to our online live stream on February the 13th! Details can be found on our webpage goatthehead.no

Hope to see you there! Thanks for the interview!

Tarja – Best Of: Living The Dream

Desaster – Souls Of Infernity (plus The Tyrants Rehearsal Sessions)