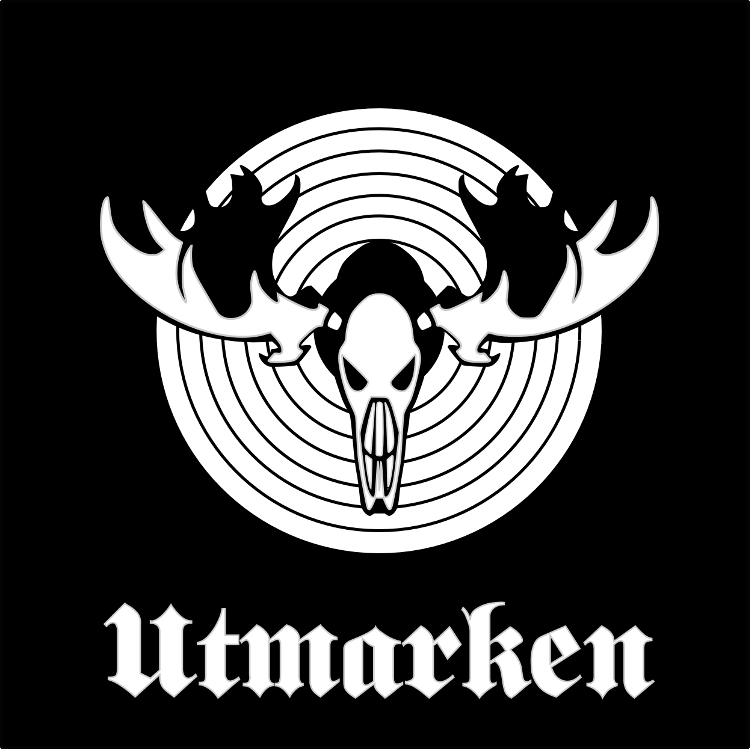 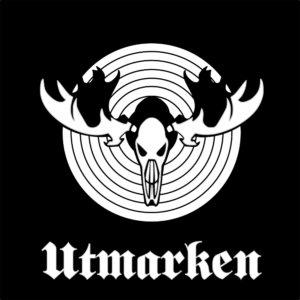 You have already recorded your self-titled debut album, which will be released on 1st April 2016 via Einheit Produktionen. Today we want to talk about this album and also about you as a quite new band. First of all would you please explain a little bit about the history and the foundation of Utmarken.

Hello, Time For Metal! Mathias Gyllengahm here. Everything began when I got out to the countryside here. I got music in my head that needed an instrument that gave them the correct framing. My wife stumbled upon a nyckelharpa (keyed fiddle) and I recorded some demo material with it that got much more attention than I could ever have imagined. Three of us (Me, Benny and Jörgen) were already collaborating with some other stuff and we took it from there.

One look at the instruments reveals quite quickly the folk influences. How important was it for you during the songwriting to include these instruments in the songs?

It was very important. I quickly understood that this material was “different” and I initially tried using synth sounds, but it sounded fake. I thought of a violin but it didn’t feel right either, it was too upbeat. I wanted something that sounded “older”. The nyckelharpa was just it. It sounded both epic and melancholic. The man who sold it, Lasse, introduced me to playing it. It was a whole new world to me – learning these songs that had been taught from one person to another through centuries… It left a lot of room for the imagination. The rest of the songwriting became quite centered around it.

Another question for the songwriting: Are there any defined responsibilities and roles in the band for the music and the lyrics?

A lot of things just happened, and because of the attention I received and to get somewhere quickly I wrote and recorded a demo of all the songs in about a month or so. I suppose I’ll do the heavyweight lifting for the songwriting in the future as well, but who knows…

Further I really would like to know if it was difficult to unite six musicians, which never have played together before, in this team.

Yes, it was like working backwards, first create a concept and then try to find members for it afterwards. Now that we’ve begun rehearsing I think we’re still trying to figure out a lot of things that might have been done otherwise if the lineup was set in the beginning. But it would have been difficult to do it any other way.

The album cover of Utmarken is unfortunately quite artless. Why did you agree upon such a simple cover and have abstained from some great artwork?

Ah, yes, I’ve heard that from other people as well. We wanted something different from the typical covers in the genre. It is common for albums in these genres to have beautiful nature photos etc. I wanted to break off a bit from that. I hope at least it gets noticed since it doesn’t fit the common narrative and hopefully people start to wonder a bit, but… yes it could have been made a bit more “artsy”. Not everything becomes what you expected. It’s an elk anyway. Our totem. And it looks great on merch!

To dig a little bit deeper into the album Utmarken would you please explain in a track-by-track commentary your thoughts and the content of the songs?

I don’t want to put peoples minds in a certain direction, and anyone can have their own interpretation of the content and many times I don’t know exactly what they’re all about myself, there are different layers and if I explain in too much details it will ruin the magic. It is not intended to be read as a scientific paper… but I understand that language is a problem so I’ll try to give some short thoughts on the tracks. With that disclaimer.

Strömkarlens son roughly translates to “son of the ‘Nixe’”. Näcken (Nixe?), or “strömkarlen” (the man of the stream) who is a mythological creature of this region. He is depicted as a naked fiddler who lures people down into the dark waters. In this song I’m linking myself back to this mythological creature, as his son, with the mission of dragging people down below the surface with me.

Welcome to Norrland. This is, to me at least, a humorous piece where I overdo the mentality around here and paint a picture of this region with overly dark colours on a broad brush. Norrland, hell on earth, looted and plundered, where booze runs through the veins of its stubborn and melancholic inhabitants…

A steady pulse. To me a very positive track, about finding strength. Breaking the paralysis.

To the woods. I think this is my favourite. A song about freedom, throwing off the shackles, turning away from the broad, comfortable, easy path laid out ahead of you for a simpler life, but a life of freedom.

The voice of silence. A song about a deep longing for freedom, nature and the authentic.

The slayer. To me it is a song about facing the unknown. Facing fear, and that salvation lies in overcoming it. Life is a never ending struggle. Fight or die.

The winter. I think the major theme of this song is about facing and surviving difficult times, in the shape of a long, cold winter.

Rain is falling. About making critical and irreversible decisions, choosing the difficult path. About never giving up.

Bewitched. About being under a spell, not being able to see nor find your way out of the woods…

Pale notes. Nature, in all its glory.

Axe age? References norse mythology. The coming of war, the end of the world and cheerful and uplifting topics like that.

Norrland is dark as it is. The doom and gloom of this region. The suffering and the struggle here through the ages. Famine, starvation, cold and hard winters… Wathing in melancholy. Taken way over the top.

After having finished the recordings and after the release of the album it should be the biggest thing for an artist to perform the songs live. Did you already celebrate your first live performance in Sweden and are there any shows planned for Germany, where we may listen to the folk rock/metal of Utmarken?

We’re busy rehearsing and there has been a lot of things happening behind the scenes, but we haven’t performed live yet, but will have a release party gig in April. It wasn’t the best timing to release the album right now, festivals are all booked for the summer and we’re a completely new act without even a single album out! So… we’ll have to wait and see. We’re most definitely thinking of doing some spectacular gigs. Germany has been discussed.

As a young band it is not that easy to build up a career, but you are lucky enough to have the support of Einheit Produktionen, which is a professional label. How did this cooperation start, and will this label also accompany you during your next steps in your development?

It started with the help of a fine man going by the name Thor Joakimsson (Trollmusic) who got me in contact with Einheit. As for the future I’m not sure how much I should or can reveal, but overall it has been a good start to go with Einheit.

The social networks are quite helpful to spread contents and do some marketing. Do you use Facebook, Twitter and/or other networks to communicate with your fans?

Social networks can be helpful but low cost of communication also means that the quality of what is sent through the medium drops as well. People’s attention span is very short nowadays. We’re using Facebook, but I would prefer it if we could move more away from social networks instead of investing more in them… but reality is what it is. We’ll probably try to put up a real website soon.

So that’s it for now. I thank you very much for giving us a short impression of the band Utmarken and wish you all the best for the future. Is there anything you would like to say to your fans and to the readers of Time For Metal?

Thanks a lot for the opportunity. Always remember – it’s never too late to give up!

Black Stone Cherry und The Georgia Thunderbolts am 14.09.2022 in der Markthalle in Hamburg