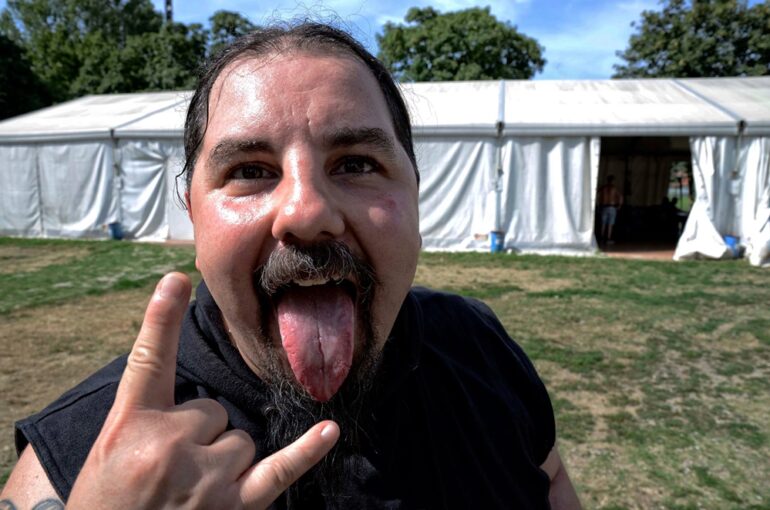 Short And Crisp: Artists let their musical pants down Pt. 35

Today with Roberto Crisci from Path Of Sorrow

Short And Crisp is simply about musicians answering 30 questions about music in general within a very short time. In short intervals the most different artists will let their musical pants down in front of you.

Today Roberto Crisci from Path Of Sorrow will answer our questions. 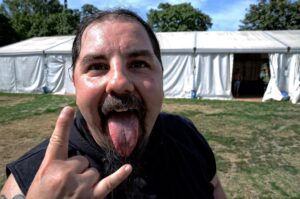 My earliest childhood memory that has something to do with music was:
– The first memory I have of music is traveling by car when I was a child, where I tried to sing songs that played on the radio, and my dad laughed !

I still remember these treasures from the music collection of my parents:
– I still recount a Pooh cassette that my dad always made me feel …, I must still have it at my parents‘ house.

My father often tormented me with the music of:
– The Pooh cassette.

I had these music posters / band posters on the walls of my children’s room / youth room:
– Yes, the first poster I found in a magazine …, it was the Iron Maiden discography until 1996.

I still like to listen to this song from my childhood:
– Absolutely, I’m a nostalgic! When I hear Fear Of The Dark (Iron Maiden) , I still shiver.

My first trials at an instrument were:
– … 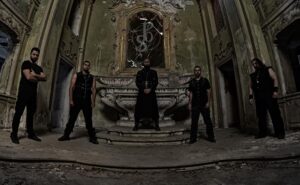 The first time I got in touch with Rock/Metal was:
– 1991. Metallica, the black cassette album, copied by a dear friend.

Besides Rock/Metal I also like:
– I love Blues and Folk and Classical music (I don’t disdain rap either, but with big distinctions).

When I am driving with my car I listen to:
– Melodic Death Metal

To a romantic evening belongs music from:
– Classical music, or My Dying Bride.

During sex I do not like the background music of … at all:
– No power Metal (I’m a certain age and I can’t handle certain rhythms anymore xD).

During my wedding is being played/was played:
– We played everything, from Nickelback to my Path Of Sorrow pieces.

During my funeral should be played:
– Welcome To Hell by Venom !

This band/artist is a weaning?
– Metallica

My favourite band is:
– At this time, Hypocrisy.

The most underrated band of all time is:
– Necrodeath

This embarrassing album is in my collection:
– Krypteria 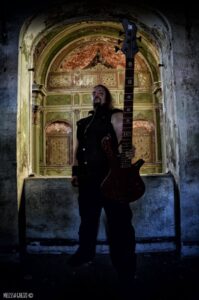 I am particularly proud of this treasure in my collection:
– The super limited edition of Set Sail To Mystery by The Vision Bleak (which I love to madness).

I would visit the concert of this band for the sake of my partner:
– Nickelback …, my wife loves them !

I like to sing this song under the shower:
– Depends on how I wake up in the morning !

The best concert I ever attended was:
– Fleshgod Apocalypse 2019

I attended this concert apart from Rock/Metal:
– …

I don’t need another concert of this band/artist:
– Megadeth (I can’t please them).

I can’t stand still during a concert of:
– Gamma Ray !

These three songs can’t be missed on a perfect mix tape:
– Kataklysm: Elevate
– Hypocrisy: Eraser
– My Dying Bride: The Cry Of Mankind

Three records I would take with me on a desert island:
– My Dying Bride: The Angel And The Dark River
– The Vision Bleak: The Deathship Has A New Captain
– Hypocrisy: A Taste Of Extreme Divinity

Did you miss the previous episodes of our Short And Crisp interviews? No problem, you can read them all here at any time.

Arena – The Theory Of Molecular Inheritance