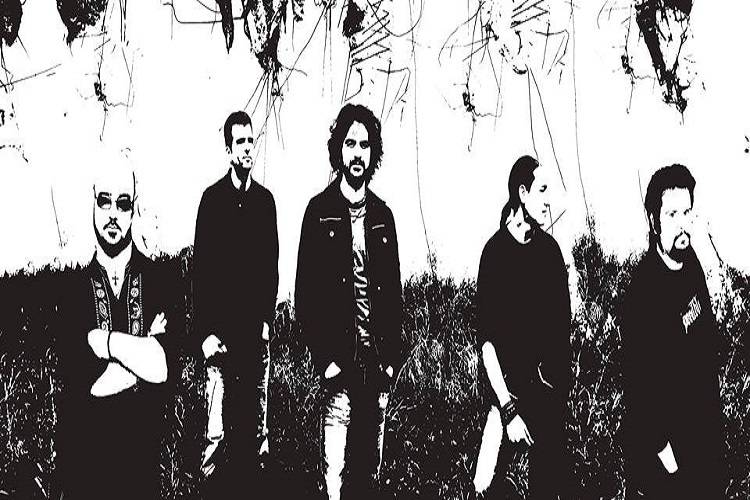 Athens is not only a metropolis with a historical background, it is also the home of fantastic musicians – just like the members of Persona Non Grata. The Greeks present their second albumQuantum Leap, which should live up to the success of their first album. The band plays progressive metal in a very passionate way, which shows that Persona Non Grata belongs to the world class of this genre.

Time for Metal / Hellania:
I’m really pleased to have the chance to interview Persona Non Grata and to give our readers an understanding of the band. I greet you and thank you for your time! First of all: congratulations to your new masterpiece! How is the feedback for your album until now?

Persona Non Grata / John:
Firstly I would like to thank you for having us in Time for Metal magazine.
I also thank you for your kind words! I hope all your readers will agree with you and find a “masterpiece” in our new work.
Quantum Leap, our new cd, is out from the 13th of December and so far we have a very good and strong feedback. Massacre has made a great job in the promotion section. People seem to like our music and we are very happy for that.

Time for Metal / Hellania:
I reviewed your album Quantum Leap and was really excited about the great work! What do you think about reviews? Are they important for you or do you not really care about them?

Persona Non Grata / John:
Yes, I read carefully all the reviews, especially from people, who buy the cd. I care a lot of what people think and feel of our music. That’s the point. When you are exposed to the crowd, you must be ready to get good and bad comments. That’s no problem right now for me. To be honest, after our 1st album sometimes I collapsed due to a bad review. When I realized that there are also very good reviews and anyways is one man’s opinion I got over it.

Time for Metal / Hellania:
What can you tell us about the metal scene in Greece? Is it a big scene or has it rather an underground-character?

Persona Non Grata / John:
Metal scene in Greece is a big scene. You may know some traditional metal bands from Greece, which had the chance to export their work abroad.
I wouldn’t call underground the progressive metal scene here, I would call it absent!
Two or three bands that play progressive metal can’t be considered as a scene.

Time for Metal / Hellania:
Many of our readers don’t know you already. So could you please introduce yourself and tell our readers more about you (e.g.: when did you found and what can you tell us about the development of Persona Non Grata until now?)?

Persona Non Grata / John:
We are a progressive metal band from Athens – Greece since 2003. On 2009 we released our 1st album Shade in the light via Sensory Records (USA). The band created by Chris Gatsos (guitars) and me as we dissolved our previous band named Fatal Error.

The third to join us was Bill (Axiotis) our previous singer, I heard him sing at a stage club and thought his voice was perfect for us. We asked him, if he would be interested to join us and, fortunately, as soon as he heard our music, he accepted to become the voice of our group. At that point, we started working more like a band and our songs took form.Last came Akis Gavalas andChris Vogiatzis . We knew them, as they are known session musicians here in Greece, and asked them to assist us in recording the album. Before we knew it they joined the band as a full members.

As you may know there are changes in our line up since then, we have a new vocalist and a bass player. Aris, our new vocalist, combines a very good ” rock” voice with lyric heavy metal elements. On the bass we are proud to have one of the best contemporary bass players in Greece,Apostolis. Those changes are made in order to act more as a “live” band instead of a “studio” one.
Being a live band we worked hard both on composition and performance. Between live gigs and studio rehearsals we wrote our 2nd album which is out now with the title Quantum Leap viaMassacre records.

Persona Non Grata / John:
Thanks for your compliments.

This type of music requires musical skills in the highest level.
Speaking for all, we started to play music from our childhood. After years of studies and practice in several bands and projects we all concluded that this type of music is what we love to play. Some of us are working in completely other music genres as professional musicians for bread winning reasons. That’s another thing. Our band is Persona non Grata

Time for Metal / Hellania:
Progressive metal is a genre, which lives on professionalism. Why do you choose this genre? Was it because progressive metal really shows the expertise of the musicians?

Persona Non Grata / John:
No the reason is not that. We are not trying to show off our musical skills. This isn’t the purpose of our music. We are trying to write good songs, not only music. If a song requires a technical passage, why not, we are able to have it, if not we will skip it. That is something that causes some criticism from a part of the media. Not being “too progressive”. I totally disagree. This is the meaning of progressive. Not be in shape, you don’t need an 11 minute song to prove that you are “progressive enough”

Personally I like progressive because it combines metal and rock elements. So, heavy riffs and rock vocals, all played technically for me is progressive. Keyboards play a major role in this type of music and of all types of metal only in progressive this happens.

Time for Metal / Hellania:
What does metal mean to you? Is it the best way to express yourself or does it help you to come to terms with personal experiences?

Persona Non Grata / John:
I can tell you what music, in general, means to me. It is the only way to express ourselves. Music is our escape from reality, is the way to clear out our heads from our daily problems. That’s the good part.

On the other hand, to be honest I must say that being a professional musician is not the easiest thing in the world. Many hours of rehearsals and studies to deepen and overcome ourselves. At the end of the day we can surely say that we don’t regret having music in our lives quite the opposite, we are grateful.

Time for Metal / Hellania:
Who writes the lyrics for your songs? – Is it just one person, who is responsible for it or does everyone take part of it? What themes are your lyrics about?

Persona Non Grata / John:
We all write lyrics. Responsible for the production in general, including lyrics, are Chris and me.
Some lyrics are self-centered and talk about a person’s self-concerns and relations with other people. Some others are more outgoing and deals with matters that concerns us all and sometimes bother us.

Time for Metal / Hellania:
The turn of the year is not so long ago, so how did you celebrate New Year’s Eve? At home with your family and friends or did you throw a big party?

Persona Non Grata / John:
I think most of us with our families. No big parties as New Year’s Eve is a very good chance for the family to get closer. Don’t you think?

Time for Metal / Hellania:
What are your plans for 2012? Will there be a new album or is your highest priority to play live gigs? Will you maybe play on a festival this year?

Persona Non Grata / John:
Not a new album yet. I think that somewhere in 2013 we will release our next cd. It’s only a month since Quantum leap is out.

This year is very critical for us. We will try to play live as often we can. A European Tour is our 1st priority right now or playing in festivals as you mentioned. We have to prove that we can support our music in a live situation. We have Redlion our booking agent to help us on that part.

Time for Metal / Hellania:
What about your live experiences? Did you play many concerts until now?

Persona Non Grata / John:
Yes, we have played many concerts until now mainly in Greece and a couple in Europe. We lacked of promotion so far.

Now, with the promotion Massacre offer us and the feedback that I feel we have from people, I am sure we’ll have more opportunities for live performances around Europe.

Time for Metal / Hellania:
Do you use the modern internet portals to market your music or are they not that important for you?

Persona Non Grata / John:
Nowadays internet is the No1 marketing portal. We are all working on that part as we inform and maintain a web site, a facebook , twitter, myspace etc in a daily basis.

Social networks are the future even in music industry. I am not sure that Cds will be sold in some years from now. Downloading legal is the easiest way for people to hear music.

Time for Metal / Hellania:
As conclusion: is there anything you want to tell our readers?

Persona Non Grata / John:
I hope that your readers will take a listen of our music and hopefully like it. From our side we can promise that we will have music consistency and if we will meet in a live performance we will do our best to prove that.

Thanks and best regards
John

Time for Metal / Hellania:
Thank you for the interview! I’m wishing you all the best for the future and I really hope that your next album will be a stunner again! Your Hellania.